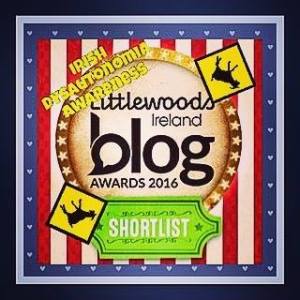 WOW!! So in the last week a lot has happened.

I was admitted to hospital on Wednesday the 10th after a few weeks in bed, nursing a savage pain in the right side of my Abdominal area. I was released yesterday after a really productive week in! I will do a separate blog post highlighting what happened, but this post is about something most unexpected to me! 😀

I am delighted to announce that on Tuesday the 16th of August, I got an email to say that Irish Dysautonomia Awareness, had made it through to the Shortlist of the Littlewoods Ireland Blog Awards 2016! 😀 YEAY!

So now the voting begins and this is where I beg for your votes! –  Well it begun on the 17th and runs until the 23rd but I have missed out on a few days because of the hospital stay.

The public vote opens at the Shortlist stage, and accounts for 20% of your mark (80% comes from peer judging).

If you would be ever so kind as to click on the image below and hit the Vote Button, just be aware It will open in a new window or tab. I would be eternally grateful! 😀 It will ask to verify your vote with giving an email or signing in with Facebook, this only takes a few seconds, so thank you so much in advance. 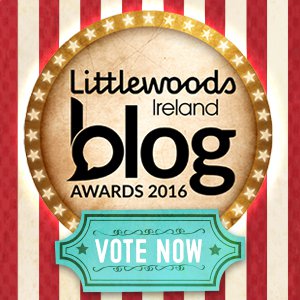 Remember, this is not about winning, and completely without trying to sound humble I don’t expect to get anywhere further, but to raise awareness of this condition through opening this blog up to even just a few more people, would be fantastic for all of us. Thank you! 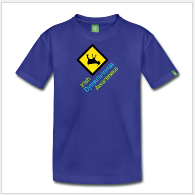