I have been so unwell over the last few months that I have missed and had to reschedule a lot of hospital appointments and now they all seem to have come in March!

I was last admitted to hospital in November last but never got around to writing about it, I was in for a week with another bout of agonizing pain in my right side and gut, all stemming from the Sphincter of Oddi Dysfunction/ Gallbladder pain I had been having all along and that already hospitalised me over 4 times in the one year previously. They took real note of my weight loss this time and started me on new calorie drinks, some new meds, as well as doing some further tests, ultrasounds and abdominal X-Rays all leading up to a second ERCP on the 28th of March, of which I will write about below!

Yesterday I had a manual wheelchair assessment with my Occupational Therapist, I have now been measured and fitted for a new manual chair as my current one is loose, rickety and near impossible for himself and myself to push, not to mention that it is far too big for me at a size 18 where I need a size 14 or 15. Yesterday, I was fitted for the new Invacare Action 3NG  (In Ocean Blue!) and have been put on the funding list for it, which means if approved, I will get the chair through the HSE but if not I simply wont get it at all, especially since I was already approved for a new Motorised Wheelchair (Invacare Spectra XTR2 Pictures Below) a few months ago (But is only good for outdoor local use and we do not have a modified car to transport it so I need a manual one to use in the home and transport) There is no guarantee that I will get approval for the manual one, We will just have to wait and see. 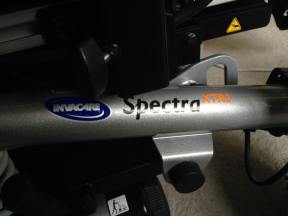 March kicks off with my birthday on the 5th, I have nothing planned only to celebrate with hospital appointments which start on Monday the 6th with a follow up appointment with my doctors who look after my Pots care in UHL. This usually involves looking at the current meds I am on, seeing if they need an update, they ask about my symptoms to date and see if I require another Tilt Table Test or some other tests etc. This will have been my first ‘Pots’ appointment in over a year now so it will be good to catch up and see if any changes are needed.

Wednesday of that same week, the 8th, follows with a Urology appointment to check my kidney and bladder function. This Urodynamics Test needs to be done every 6 months or so now that I rely on catheters for painful urinary retention, it can leave you more prone to kidney and bladder infections and kidney dysfunction so that needs to be checked frequently to try and catch infections and Kidney dysfunction as early as possible to prevent any damage.

Image of a Type 1 Arnold-Chiari Malformation. The cerebellum has descended 7mm and there are herniated cerebellar tonsils into the foramen magnum. – Wikipedia

The next day, Thursday the 9th, I have an MRI of my neck and spine, as ordered by my Pain Specialist, to try and rule out Chiari Malformation or other complications because of the severe pain and headaches I am getting coming from around the base of my skull/ top of my neck area, I already get ‘Occipital Nerve Blocks’, for that and ‘Sacroiliac Joint Nerve Blocks’, for the pain I get in my lower back and hips, but I find these nerve blocks are only helpful for a very short period of time (sometimes, if at all!) and are not advised for long term treatment. I have been getting them on and off for over 3 years now altogether as well as continuously taking two types of Opiates (Fast and slow release), meds for neuropathic pain, anti-inflammatories and also muscle relaxants, daily, even with all of these and the injections there has been no proper ‘cure’, especially for the severe neck and head pain, if anything that has gotten worse, so he wanted to investigate that further. We spoke and he explained that he understands that EDSers usually don’t show any evidence of Chiari during a lying down MRI, it is preferred that an upright MRI is performed for a more honest view, however there is no upright MRI in Ireland, one of the closest being in London. I may not need an upright one at all, we will see what the lie down one shows first but he said he would refer me to London if needs be. I will also be returning to London, (privately as none of this is covered by the HSE!) to see another GI specialist that specialises in EDS very soon and I will also see what that specialist suggests I do because the pain and headaches have me bedbound most days now and have worsened my quality of life, where it was very low to begin with! 😦

The following Wednesday the 15th I am back down to Cork University Hospital to see the new private GI specialist I started seeing in November just gone. I won’t mention Names here but, he was recommended to me by a good few people on the Irish EDS related Facebook Pages stating that he is an excellent GI specialist who is very well read up on EDS (Also having studied and worked with the private GI Consultant who specialises in EDS, in London, that I had already heard about (and spoke about in the previous paragraph) and had planned to go and see.) It was recommended that I see him before going straight to London as he can do (in Cork) a lot of the tests they do in London, so I said I would give him a go, and I am so glad I did.

I have to say first that My Limerick GI Team in UHL are fantastic in that they have tried almost every test they could to see what is causing all my gut trouble. Since starting all the GI investigations in December 2014, up to now, they found out that I have ‘Gut Dysmotility‘ and ‘Sphincter of Oddi Dysfunction‘,  but beyond medicating and treating me for those, they do not know what is causing my Nausea, Vomiting, Trouble Swallowing and Severe Gut Pain that has hospalised me more than 4 times in the last year, nor do they know why I have lost over 3.5 stone and continue to lose weight even though I am keeping my calorific intake as high as possible on as many days of the week that I physically can. The team have read up on EDS where they have needed to and continue to educate themselves as we continue to investigate (The tests in Limerick are ongoing, even with another ERCP Operation with Bile Duct Sphincterotomy (where they cut the muscle) at the end of this month) but I feel we are still coming to a dead end, Especially when the symptoms have eased only a little and ultimately continue to cause daily trouble and the head GI specialist of the Limerick Team came to me already and said that it would probably be better if I went to London to see what ‘The EDS Experts’ have to say. So on hearing about the GI doctor in CUH who knew his EDS, I made an appointment and went down to see him and get his advice before I decided to go straight to London.

The first Cork appointment came in November and I was pleasantly surprised when I met him. He was very well read with regards to EDS, listened to my full medical history, symptoms, complaints, procedures, tests and operations that I already had. Went through the medications I was on and went through some with me that I had never heard of before but he wanted to do a few tests and X-Rays before changing my medications. When he heard I was interested in going to the GI specialist who he trained under over in London, he was delighted to refer me over and suggested that it was a great idea to get his opinion as he would have the most expertise when it came to treating GI trouble in EDS patients and he thinks this London specialist should be able to help me.

He immediately wrote up a referral letter as I was there as well as booking me in for some new tests in Cork hospital that are not available in Limerick. He said these test appointments would be sent to me in the coming weeks after the appointment and sure enough, they did, they came through very fast, a lot faster than I have experienced in Limerick. I had a Barium Swallow X-Ray done in January and still waiting on the results of that which will probably be given during the clinic appointment I have on Wednesday the 15th of March and I am currently waiting on a Gastric Emptying Test appointment which should arrive, I am told, in the next few weeks. Either way I am very impressed with this Cork based GI Specialist who knows his EDS, I will certainly stick with him, as well as the Limerick team, for now while I wait for my London appointment to come through.

Not finished yet! I have a Gynae appointment in the Maternity Hospital on Monday the 20th. Then that Friday the 24th I have an EEG back at the UHL and finally, The Big One! I have another ERCP operation thingy with a Bile Duct Sphincterotomy the following and last Tuesday of the Month, the 28th. 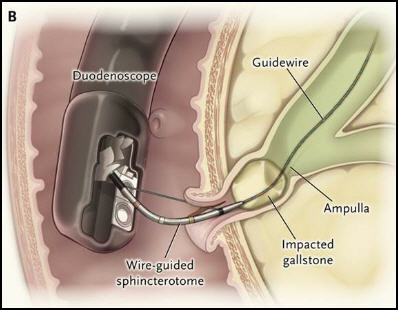 The ERCP and Sphincterotomy is to treat the severe pain, nausea and vomiting I am having because of what the GI doctors in Limerick think is Sphincter of Oddi Dysfunction. I have written and You can read about SOD and the ERCP procedures HERE.

I have already had the first ERCP procedure where they injected Botox into the SOD and you can read all about how (Kinda bad, though it inevitably worked!) that went HERE.

and that’s it!! That covers all appointments for March only! Every month there is usually something and it feels like, I only get out for doctors appointments these days! but what can you do?! 🙂